The urgent need to inspect and licence private animal rescues 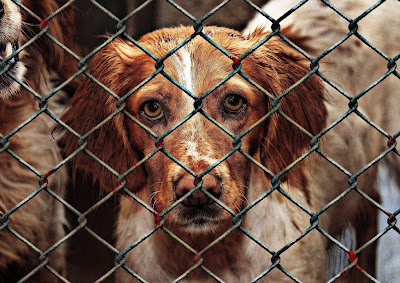 Amazingly anyone without prior proven experience or capability can operate an animal rescue.

Over the last couple of decades there has been a proliferation of smaller charities and private organisations operating rescue re-homing centres and sanctuaries all working to their own agendas, often founded by well-meaning people, disappointed by the perceived ineffectiveness of the long-established larger national charities which they accuse of squandering money on staffing and administration costs. This is happening all over the world.

Most have an ethos of accepting any animal offered to them to ‘save’ as many as possible regardless of whether they have the proper facilities, staffing or finance to look after them adequately.

Many of these charities often go under through lack of volunteers or finance and the owners fail to seek help soon enough causing horrendous suffering, starvation and death by their “saviours”. It is a common problem the world over. Recent examples include a rescue on the island of Malaga where a hundred starving dogs were found and a horse rescue in Queensland, Australia was raided by Police who found dozens of starving horses.

In the UK, alarmingly and amazingly, anyone, regardless of experience or ability, can set up such an enterprise. They are totally unregulated with no controls, inspections or licensing involved and this can and does result in animals that are supposedly being saved from substandard care and euthanasia being kept in similar or worse conditions.

They are often one-man-bands operating on a shoe-string from the backyards or premises of the founders with few volunteers and back-up. Some begin through a form of hoarding whereby a person starts by rescuing a few dogs or cats and then decides it would be fun to turn it into a rescue or sanctuary not realising the implications, cost and responsibilities involved.

These centres are often in a position of becoming overrun with breeds that are the craze of the moment and of having to find homes for them as quickly as possible. This can lead to less stringent rules and policies on the suitability of new owners and animals can sometimes be given to owners that are questionable.

When we give money and support these smaller independently run animal charities we do not seem to investigate how well operated the charity is, what its aims are, its achievements and its expertise. Unless we are a volunteer or live locally to the charity we do not even make a visit. We are normally satisfied by the cute pictures they publish and the literature they produce. If they say they are saving animals, we are happy.

Many who trumpet that all their donated money goes to the animals often struggle to survive as they have no reserves to weather periods when donations dry up and find themselves unable to provide adequately for those in their care. This is particularly so with sanctuaries which keep them for life without attempting to find them new owners. The numbers build up to a point where the premises become overloaded and out of control with the helpers unable to give suitable housing and adequate care.

The Charity Commission has no remit to concern itself with welfare.

It often reaches a state where visitors or volunteers find themselves forced to report them to the authorities, which if they are a registered charity, is the Charity Commission. Unfortunately, the Commission are neither interested or have the powers to intervene when it involves welfare issues, only in monetary and trustee contraventions. Although local authorities and the police can intervene on welfare matters, the Commission is quick to pass the buck to the RSPCA.

This is highlighted by a recent case in 2017 involving the Capricorn Animal rescue where the Commission investigation report states:

“The [Charity] Commission is aware that the charity has been the subject of concerns from members of the public relating to the welfare of animals in the charity’s care; this does not fall within the Commission’s remit and concerns on this matter should be directed to the RSPCA.”

Placing the burden on yet another charity to investigate a similar charity is not an acceptable course of action particularly when the RSPCA is constantly accused of misuse of power and involving itself in legal matters which are perceived beyond their remit.

When other charities fail it is difficult to find other facilities for the animals. This burden normally falls on the major charities who are the only ones who have the means and logistics to step in, but this obviously places a burden onto them.

The new “Lucy law” which will ban the breeding and sale of puppies and kittens except from licensed breeders and animal charities could still leave an opening for unscrupulous traders.   The clamp down may cause a ‘shortage’ of available puppies and kittens which could increase the number of imported animals from foreign lands and encourage the setting up of pseudo rescue organisations.This has happened in the USA with imported rescue dogs.

With so many animal re-homing charities springing up, the control, regulation and inspection of these premises is an issue which urgently requires Government action before it gets totally out of control. Benefactors should also take a long hard look before donating and always be extremely careful to satisfy themselves of the soundness of the organisation. 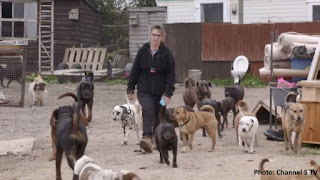 I have made comments before about the ease in which well-meaning people can set up animal sanctuaries and rescues in the U.K and apply to be bona fide charities with little or no investigation or inspection and often without the knowledge, experience, financial stability or understanding of the long term responsibilities and difficulties they might face.
While so many of the major animal charities abide by stringent health and safety policies, regular veterinary inspections of animals, adequate staffing levels, state of the art housing and care it seems unfair and ludicrous for “pop-up” charities to import large numbers of street dogs into their homes or set up rescues and sanctuaries in their backyards or garage.
In my article Downfall of the Alternate Animal Sanctuary I used the alleged plight of the animals housed at this sanctuary as an example, but unfortunately this is not an isolated case. This sanctuary housed hundreds of animals of various types often with only the owner to care for them and with 106 dogs being kept together in her house.
She was a registered charity fundraising through an agency which took most of the money raised and the Charity Commission had her under investigation since 2016 for financial irregularities  and instigated a statutory inquiry. The sanctuary was raided three times by Police, local authorities and the RSPCA seizing large numbers of animals at great expense, but the sanctuary continued operating with the owner taking in more animals to fill the places of those taken away. It highlights the lack of powers the local authorities, the police and the Charity Commission have in the UK to regulate or close down such mismanaged premises when it all goes wrong.

Animal Sanctuary owner is charged for causing alleged unnecessary suffering to animals in her care.

On May 9 2020, a year to the week after the animals were seized by police and RSPCA, the owner was charged with nine criminal offences including six counts of causing unnecessary suffering to horses, dogs, cats, pigs and three counts of failing in her duty to ensure the welfare of animals in her care.
The unnecessary suffering charges relate to a failure to get veterinary attention for 2 long-haired cats with ear infections, chronic dental disease in 8 cats, infected wounds on 3 Shar-Pei dogs, a leg injury to a Husky dog, routine dental treatment and parasites on 3 horses and an ingrown tusk on a boar.
The other charges relate to failing to provide suitable food and fresh water to the animals in her care and not providing a suitable living environment for 14 pigs and 70 cats. She was also charged with failing to protect three dogs from pain, suffering, injury or disease. The case was adjourned until June 4 and it will prove interesting to see the reaction to the result whether proven or not, any punishment that may be imposed and whether the sanctuary is allowed to continue operating.
The complaints that the animals were allegedly suffering from gives an indication that the staff of the sanctuary did not have the experience or expertise to recognise or provide the necessary care the animals urgently required or an understanding of the potential ongoing problems of accepting them in the first place.
When sanctuaries and rescues like this fail, it is the stress and anguish to the animals when they must be removed for their own safety which is the most tragic consequence of it all. Hopefully this case might encourage all the authorities and agencies involved to push for urgent legislation to bring some kind of measure of control over these establishments.