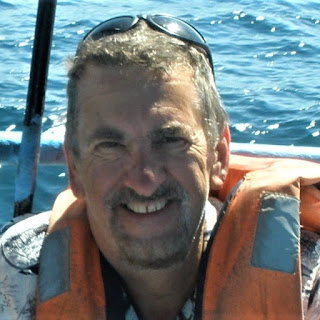 I have been passionate about animals and their welfare from an early age and have always been more concerned about their individual well-being rather than any scientific or zoological interest.

I have been lucky in experiencing a long and varied career in animal welfare which has taken me around the world. The only downside is that I have seen most of the horrors of animal abuse there is to see along the way. But this has given me a unique insight into many of the issues which allows me to approach subjects from a different perspective to most writers.

I initially trained as an RSPCA clinic assistant on leaving school which gave me a grounding in veterinary care and animal welfare. I progressed to becoming an RSPCA ambulance driver for the East End of London and finally onto their night emergency service. I have written of my adventures in two books.

I spent six months attempting to come to the aid of street dogs in Trinidad by setting up a humane stray dog control service for the Port of Spain City Council, and again wrote of my adventures. I became chief inspector and manager of the Bahamas Humane Society in Nassau in the mid 1970’s which proved an extremely challenging and harrowing experience dealing with all the cruelty particularly to horses and dogs.

Horrors of the animal trade

I then returned to the U.K. as deputy manager and Diseases of Animals Inspector at the Animal Quarantine Station, Heathrow Airport operated by the City of London veterinary department. This brought me into contact with the horrific wildlife and research animal trade. At the time Heathrow was a major hub for animals being shipped around the world. Millions were suffering and dying because of poor crating, delayed flights, stress, poor handling and sickness and no authority was interested in coming to their aid. Every type of animal imaginable was passing through the airport at that time. I instigated dozens of prosecutions every year against the airlines for causing suffering and seized animal shipments that were sick or badly crated. I reported smuggled endangered animals and had to rescue escaped animals in the holds of aircraft.

Finally disgusted at what was happening I joined with a conservation organisation to travel the world investigating the capture and transport of wild animals which culminated in a campaign to try and restrict and improve conditions. I was given accreditation for the study as an honorary consultant to the International Union for the Conservation of Nature (IUCN) and Convention on the International Trade in Endangered Species (CITES) and attended international meetings and conferences and co-wrote a 400 page report.

I ended my career as a senior supervisor at the RSPCA Harmsworth hospital, famous for the BBC documentary, followed by manager of an RSPCA animal centre in West Sussex and lastly an animal welfare manager for an RSPCA branch in Essex.

"I have enjoyed a wonderful career which has allowed me to meet and help so many animals along the way and dedicated people who continue to try and save them. I now operate this website and blog, write books and articles and travel as much as possible to enjoy wildlife and natural places before they and I disappear"